The BEST Bologna Attractions | Things to do in Bologna, Italy

Bologna attractions: Located in the heart of the Emilia-Romagna region, Bologna is the perfect base for exploring the central region of Italy. This delightful city offers a heady mix of fascinating history, wonderful culture, spectacular architecture and of course the amazing cuisine.

Foodies will fall in love with Bologna which is world famous for its commitment to creating great authentic local food. Bologna has an authentic vibe you may not find in other major Italian cities, and its affordability makes it appealing.

There’s so much to do in Bologna and the surrounding areas that it needs some time to be appreciated fully. We have uncovered the very best of Bologna attractions that you can explore on your next trip. 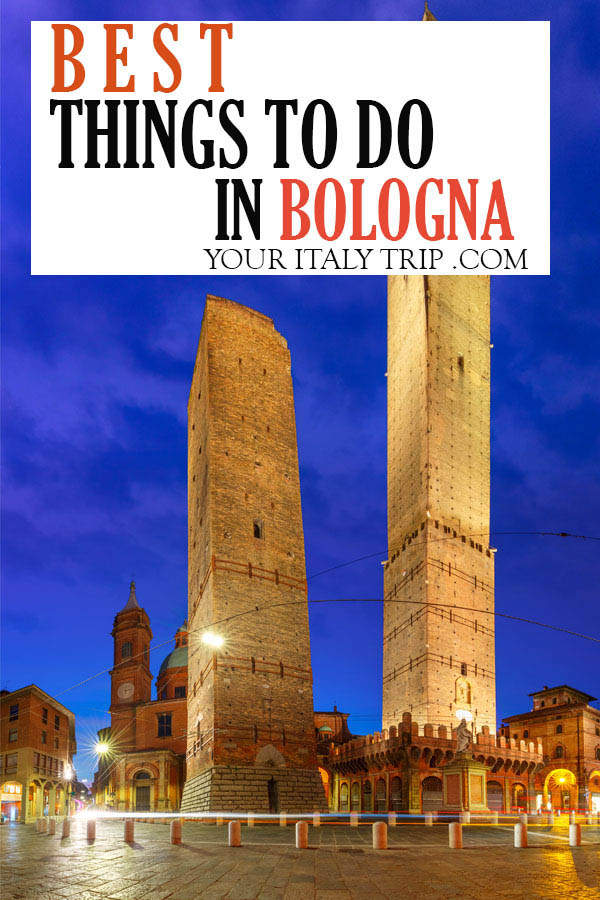 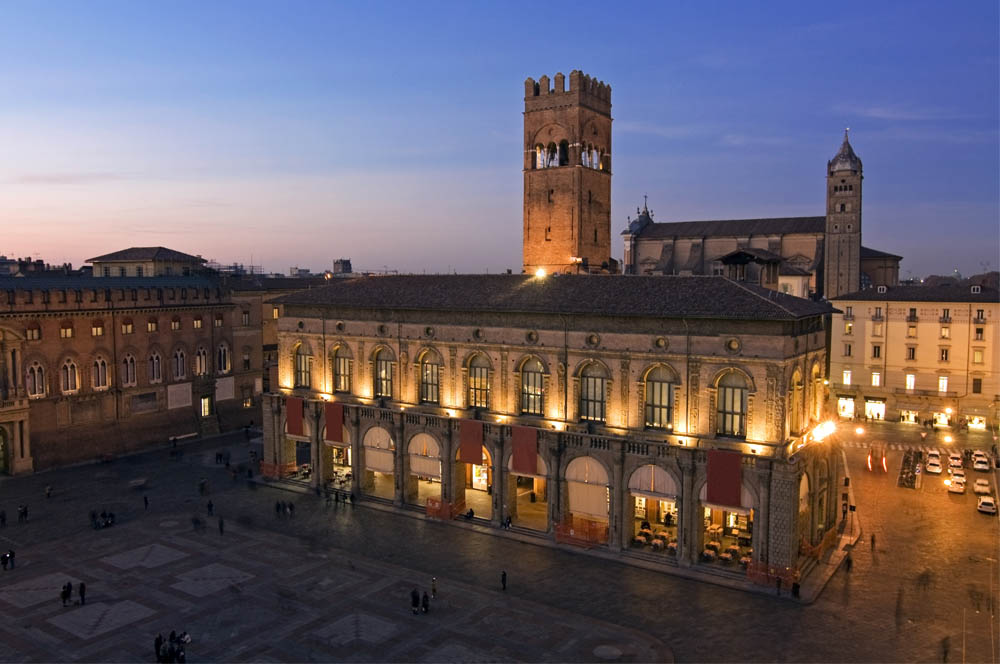 Located in the center of the city, Piazza Maggiore is the central square in Bologna and an important historical place. The square boasts several important buildings including Pallazo d’Accursio, Pallazo Comunale, Pallazo del Podesta and the Basilica di San Petronio.

Further to the north west of the Piazza Maggiore sits Piazza del Nettuno which contains the renowned Fountain of Neptune. Visitors can admire the amazing architecture, visit the basilica and palaces or just sit and enjoy the Piazza’s great atmosphere.

Bologna is famous for its extensive porticos, which are partially enclosed walkways lined with columns and arches with wonderful ornamentation. Bologna’s porticos are not only beautiful but also functional, keeping you cool on hot days and dry on rainy ones.

Of the city’s many porticos, the most famous is that leading to the Sanctuary of the Madonna di San Luca. This splendid walkway is almost 4 kilometers long, features 666 arches and offers great views of the surrounding landscapes.

Climb the Leaning Towers of Bologna 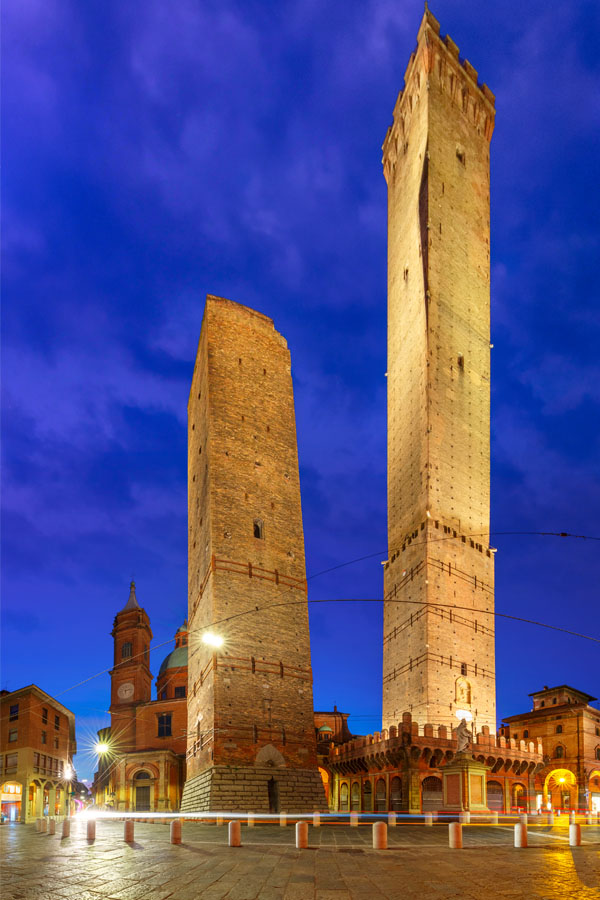 Bologna boasts its own pair of legendary leaning towers – Asinelli and Garisenda, which are both named after important Italian families. Only Asinelli can be climbed, and walking up its teetering stairs will have you feeling like you’re on an adventure.

The tower’s wooden stairs are quite narrow and only a thin wooden railing separates you from a quick tumble below! But the climb is worth it as you will emerge into unparalleled vistas and epic landscapes that stretch for miles.

Situated in the heart of Bologna, Museo Civico Archeologico is a fine archaeological museum offering great insight into the city. The museum boasts an extensive collection split into 9 different sections including: Prehistoric, Etruscan, Celtic, Egyptian, Greek, Roman and Numismatic.

Each collection offers an impressive display of artefacts including Bronze Age tools, weaponry, pottery, china, marble statues and skeletal remains. Visitors can spend hours browsing through the large and diverse collection, while learning about the ancient history of the region. 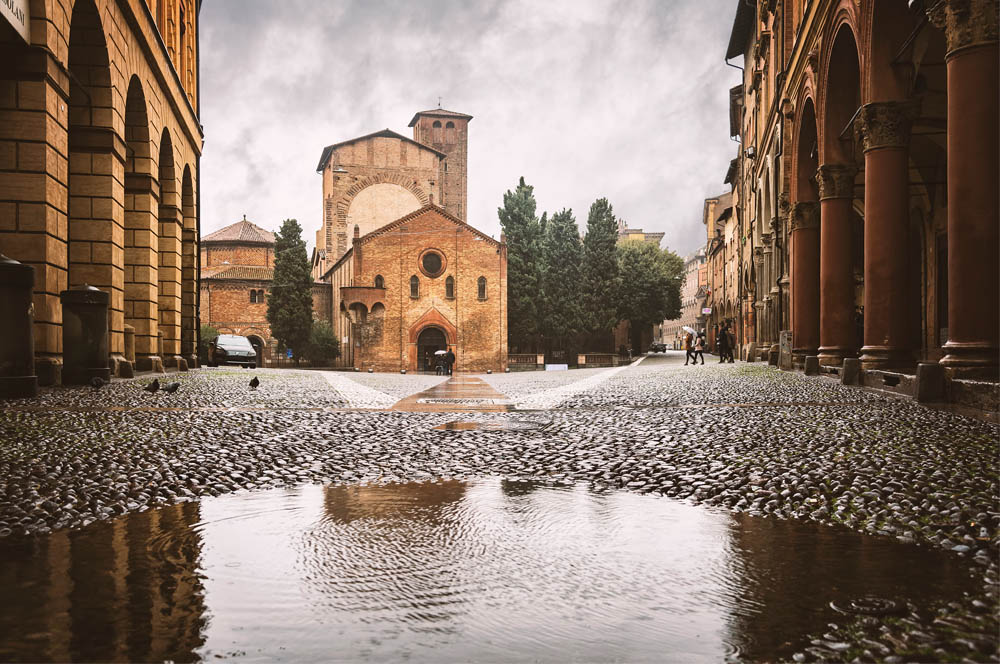 Situated in the Piazza Santo Stefano, the Basilica di Santo Stefano is a historical religious complex that features several buildings. Structures include the Church of Saint John the Baptist, the Church of the Holy Sepulchre and the courtyard of Pilate.

Each of the churches has its own character, artwork and design, and there is a museum that contains historical information. Head up to San Petronio’s terrace which offers great views of the city’s most epic landmarks including the Leaning Towers.

The Archiginnasio was formerly the main building of the University of Bologna, and today houses the famous Anatomical Theatre. Located on the Piazza Galvani, the marvelous 16th century building has the Anatomical Theater as its centerpiece. 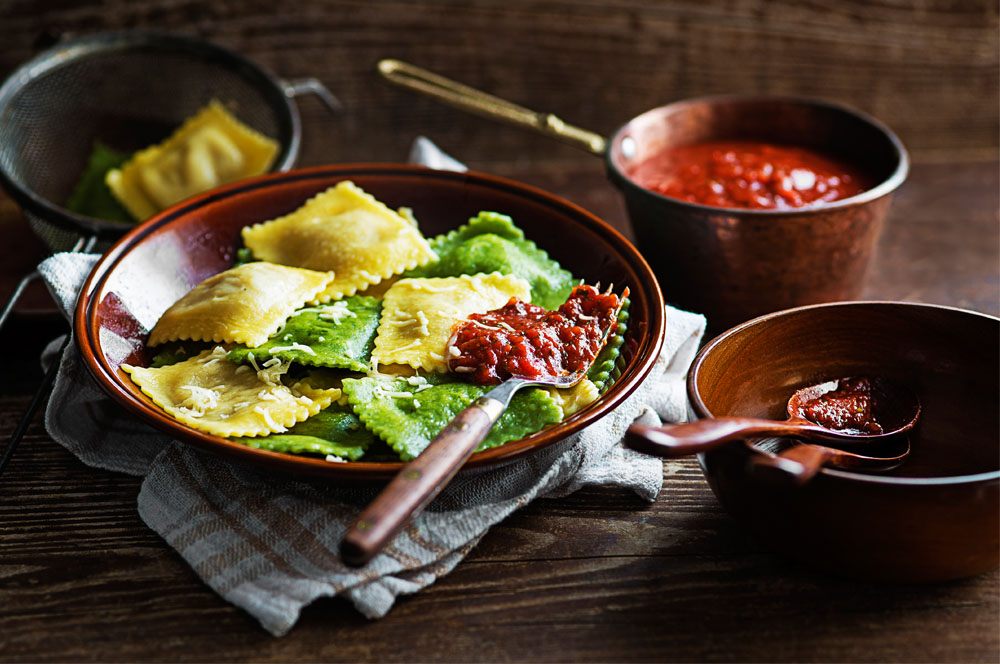 Emilia-Romagna is one of Italy’s most foodie-friendly regions, and the food is one of the top reasons for visiting Bologna. Tortellini is one of the most popular traditional Italian foods found in Bologna, with most restaurants serving this delicious dish.

While there, be sure to also try other specialties such as the tagliatelle al ragu, the mortadella and zuppa inglese. You can sample Bolognese cuisine at one of the restaurants surrounding Piazza Maggiore, or at local street side eateries.

The national gallery of Bologna, Pinacoteca Nazionale, displays works connected to the Emilia-Romagna region and the city of Bologna. Situated within the old university complex, the museum showcases artworks that date from the 13th century to the 18th century.

The museum is split into two key sections: the Accademia Clementina and the Gallery of the Academy of Fine Arts. Notable pieces to see here include Raphael’s “Ecstasy of St. Cecilia” and “Christ and the Good Thief” by Titian. 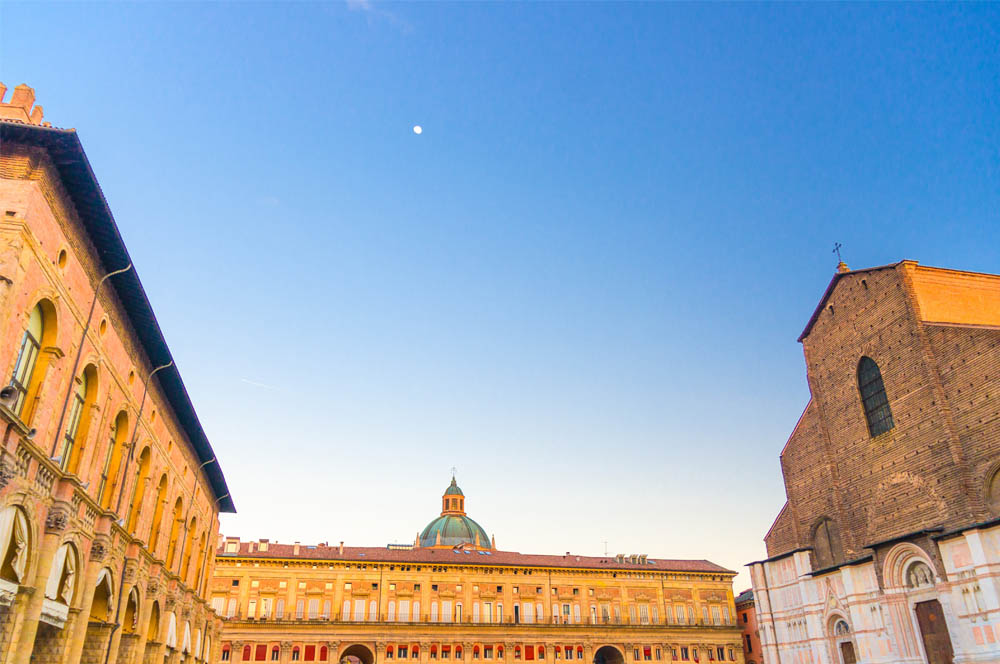 The 10th largest church in the world, Basilica di San Petronio is an immense structure situated in Piazza Maggiore. Dedicated to Saint Petronius, the patron saint of Bologna, the church features a Gothic design and an unfinished front façade.

The façade’s bottom half displays colored marble stone work, while the top half is bare and contains exposed brown brickwork. The church interiors are truly epic with massive brick columns adorned with endless ornamentation and an impressive main altar.

Where to Stay in Bologna 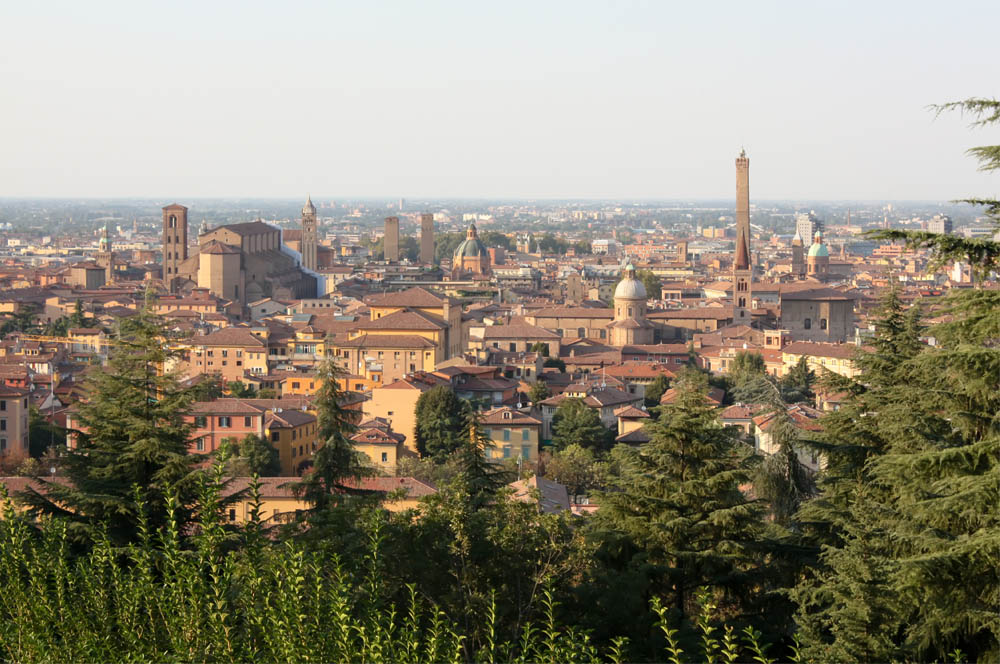 Luxury: The Grand Hotel Majestic “Gia Baglioni” is a superb 5-star deluxe hotel that’s situated in a Palazzo on Via dell’Indipendenza. This luxury accommodation is within walking distance of iconic city landmarks such as Piazza Maggiore and the famous Due Torri.

Midrange: Savhotel is a four star hotel in Bologna that offers impeccable service with a modern style and the latest fittings. This midrange hotel is strategically located just five minutes away from the historic center of Bologna and its many attractions.

Budget: Hotel Maggiore Bologna is located in an 8 story building at a lively area rich in Italian excellences and multiculturalism. This hotel is a great budget option for travelers who want to enjoy the very best of Bologna cost effectively.

How to get to Bologna

G. Marconi di Bologna is Bologna’s regional airport which offers direct flights connecting to London and other select European cities. To get there from the U.S., passengers have to fly into another airport, then grab a train or flight connection. There are also internal domestic flights around the country that connect Bologna with Italian cities such as Milan and Florence.

From the city airport, you can take the Aerobus into town which drops passengers off at the Bologna train station. Bologna also has an extensive rail network that connects the town with trains to most of the major Italian cities.