If you’re wondering what is the best time to visit Sardinia there are a number of things you’ll need to look at. The weather plays the biggest role – if it’s too hot or too rainy it could put on a damper on your holiday.

If affordability and last minute planning are more your thing then you’ll be best visiting during the off season. The weather may not be as good, but the crowds will be smaller and you’ll have a greater choice of hotels. 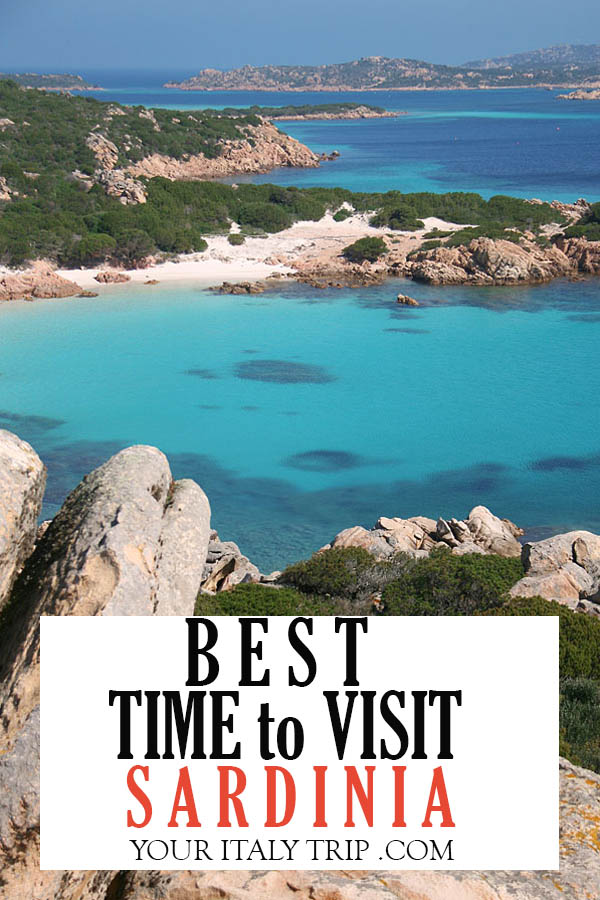 Read on to find the best time to visit Sardinia. 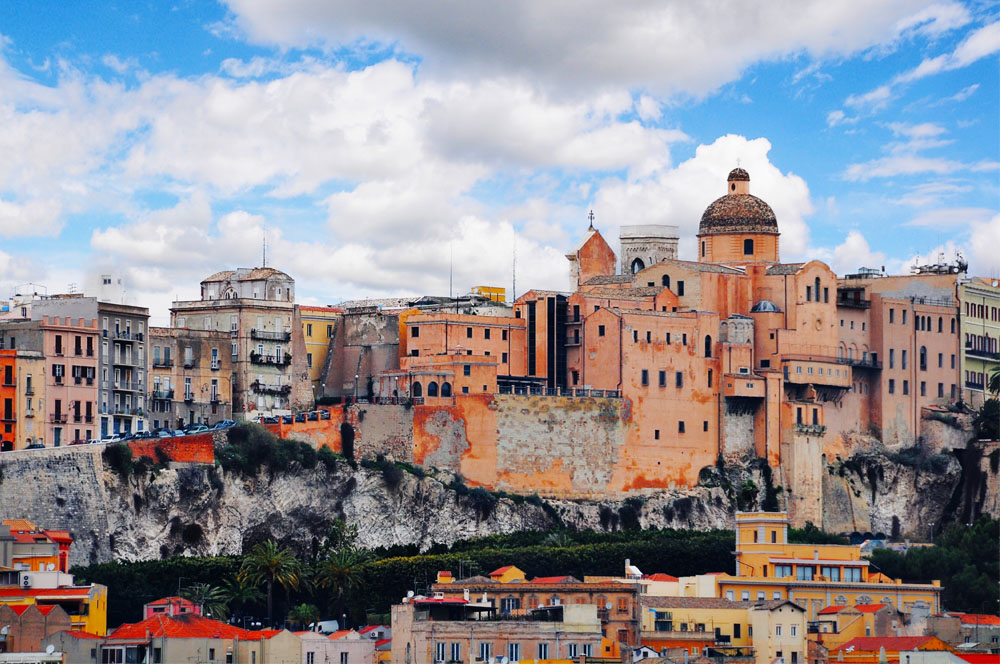 Visiting Sardinia in June, July, August: During the month of June, temperatures begin to rise to highs of 28 degrees Celsius, marking the start of summer. Summertime in Sardinia has its perks with the Tyrrhenian and Mediterranean Seas offering incredibly refreshing waters for a beach holiday. During this season, days are long and the calendar is filled up with a vibrant lineup of festivals and events.

The months of July and August are characterized by heat and heavy crowds with average highs hovering in the mid-80s. Visitors will be vying for space on the most popular beaches so always go early to stake out your spot.

Visiting Sardinia in September, October, November: The weather in September is still clear and warm, although it gets darker earlier thereby cutting short your beach days. Average temperatures decline from their summertime highs into the lower 80s and then 70s, and few restaurants and shops open. Tourists depart leaving the top attractions of the island less crowded, and the waters are still warm enough to swim.

By October, the weather is mild and crowds are fewer thereby causing room rates to decline from their summertime highs. November sees temperatures that range from the low 40s, offering a pleasant out of season heat without being too unbearable.

Visiting Sardinia in December, January, February: Winter time in Sardinia is the low season, which is characterized by chilly temperatures and fewer tourists visiting the island. Snow falls but average daytime temperatures remain at a mild 13-14 degrees Celsius, with about 5 hours of sunshine daily. At this time of the year, it is too cold to take a dip in the Tyrrhenian or Mediterranean seas.

Travelers will have the beaches and some attractions all to themselves, while accommodation rates will be at their most affordable. Although there’s no sunshine, you will be treated to off-peak pleasures such as landscapes blossoming with wildflowers and dynamic festivals.

Visiting Sardinia in March, April, May: Spring in Sardinia experiences average highs of 16 degrees Celsius in April, with nighttime temperatures cooling to 6 degrees Celsius. At this time of the year, sunshine is significantly less with a risk of encountering very windy or rainy days.

Early spring is also great to witness pretty flowers in bloom and flocks of migrating birds heading for the lagoons. This is the perfect time to both lounge on the beach and go sightseeing in southern Cagliari and northern Gallura. By May, the weather is usually warm enough to enjoy swimming and beach activities, as well as hiking and cycling.

Best time to Visit Sardinia by Type of Trip 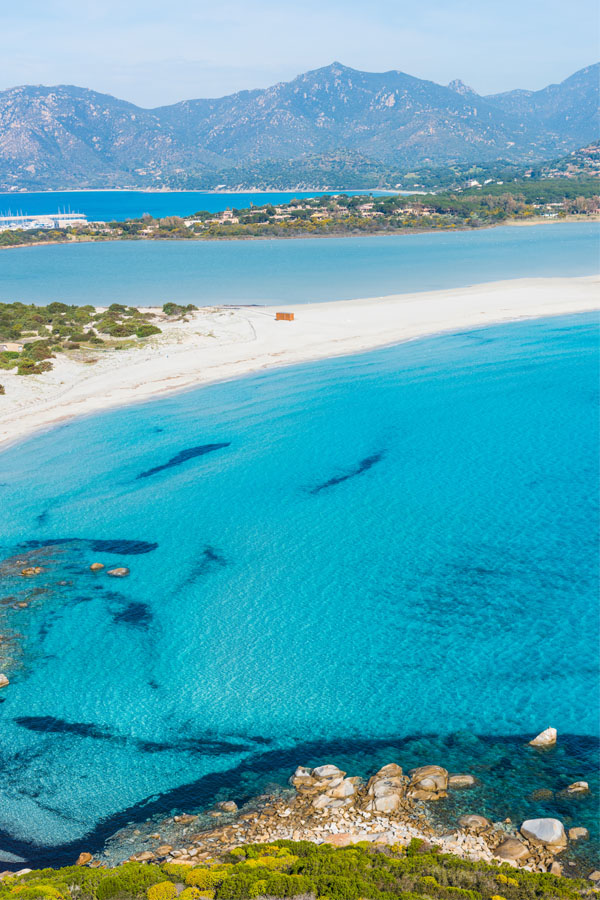 Low Season: By November and December, fewer crowds mean you can enjoy affordable prices at the places that remain open during winter. Although grey and wet, Christmas brings some colour with twinkly lights lighting up the towns and artisans selling homemade goods.

Off peak Season: During the months of April through May and October you will find some services available at bars, restaurants and shops. The weather isn’t the best, but you can find a sheltered beach and enjoy a quick dip in the sea.

High Season: August is the summer holidays when schools are out and hordes of international tourists descend on the beaches of Sardinia. Accommodation rates are highest and tend to fill up rather quickly so be sure to book as early as possible.

Best months for a honeymoon: Early summer in Sardinia is great for a honeymoon, sunbathing on white sand beaches and swimming in crystal clear waters. Just be sure to leave before the schools finish and crowds of Italian families and international tourists swarm the beaches.

Best weather: The shoulder months of April to May and September to October provide the best weather for a holiday in Sardinia. It’s still warm enough to pleasantly swim in the seas and great for going on the hiking and biking trails.

Best month to save money: During the low season in Sardinia, it is possible to find some services available and they will not be overpriced. In June, September and August, prices for travel and accommodation are cheaper and the beaches and tourist sights are uncrowded.

Best months to go diving or snorkeling: September and October are a brilliant time to visit as it’s more serene and the sea is at its warmest. Temperatures are hot enough for the beach and divers and snorkelers will be rewarded with calm waters and good visibility.

How to get to Sardinia from Australia, USA, UK

Most travelers fly from Italian or European cities into one of Sardinia’s 3 main airports in Cagliari, Olbia or Alghero. Domestic flights are available to transport you from the mainland airports including Rome, Naples, Milan, Venice, Bologna, Verona and Turin.

If you prefer to take the ferry, several routes are available from cities such as Naples, Genoa, Palermo and Livorno. There are ferries to Sardinia from mainland France and Spain, although these cruises can take as long as 12 hours. Tirrenia, Moby Lines and Grand Navi Veloci are the 3 principal ferry operators offering service between mainland Italy and Sardinia.

How to get around Sardinia 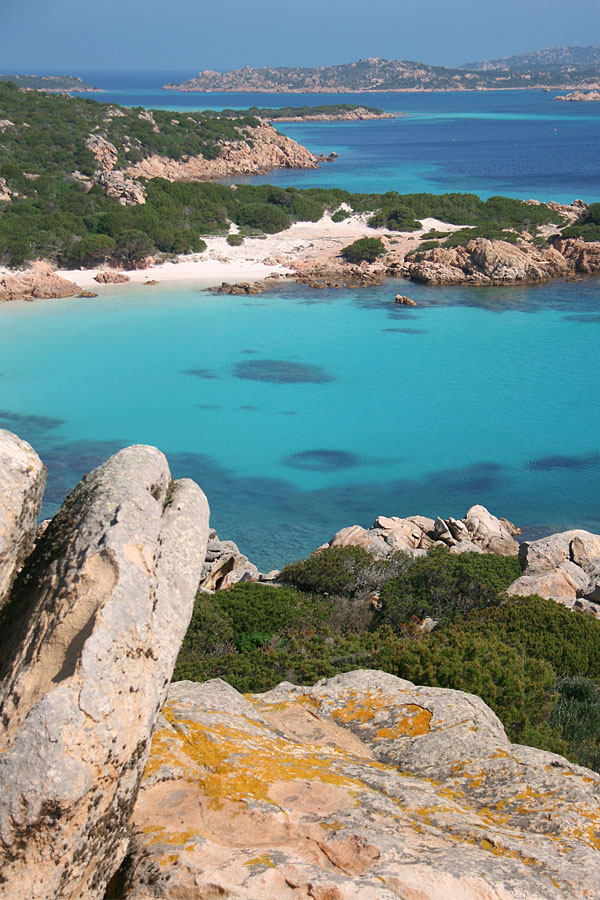 With a car hire service, you get to rent your own set of wheels and explore Sardinia at your leisure. Much of the island of Sardinia is connected by an extensive bus route network that covers local and long-distance routes. Travelers can purchase their tickets in advance at bus stations or once they’ve boarded the bus for an additional fee.

Sardinia’s train network connects the island’s main towns including Cagliari, Oristano, Iglesias and Olbia, with trains that are normally punctual. Visitors can access islands such as San Pietro and La Maddalena via ferry services running at least once every hour.

Tips for Travel in Sardinia 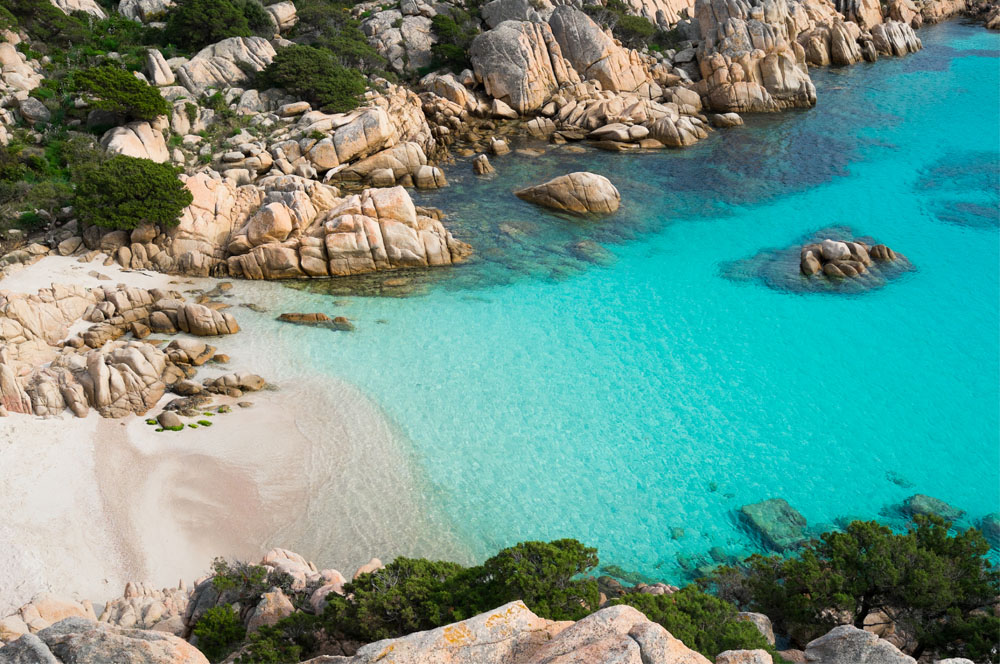 Situated west of the Italian Peninsula and south of Corsica, Sardinia is the second largest island in the Mediterranean Sea. To the west of Sardinia lies the Sea of Sardinia, while the Tyrrhenian Sea is located to the island’s east. An autonomous region, Sardinia is politically a part of Italy, although it enjoys a degree of autonomy from the former.

Sardinia is one of Europe’s most geologically ancient bodies with an abundance of historic features to see on the island. It boasts some of the most spectacular beaches in Europe, with a rugged, mountainous landscape and beautiful national parks.