Top 12 cute Italian coastal towns: Did you know why many Italians are known to head to the coastal towns in the summer? Italy is a country of wonders and marvels. Apart from its famous cities like Rome, Florence, and Milan among others, Italy also boasts a wealth of attractive coastal towns spread out on its enormous coastline.

So beautiful are these seaside towns and villages tucked away from the noisy cities that travelers have such a difficult time deciding which one to visit. From pristine beaches, artistic buildings, ancient ruins, and delicious cuisine, each town has its own amazing and unique characteristics that will leave you with unforgettable lifetime memories. 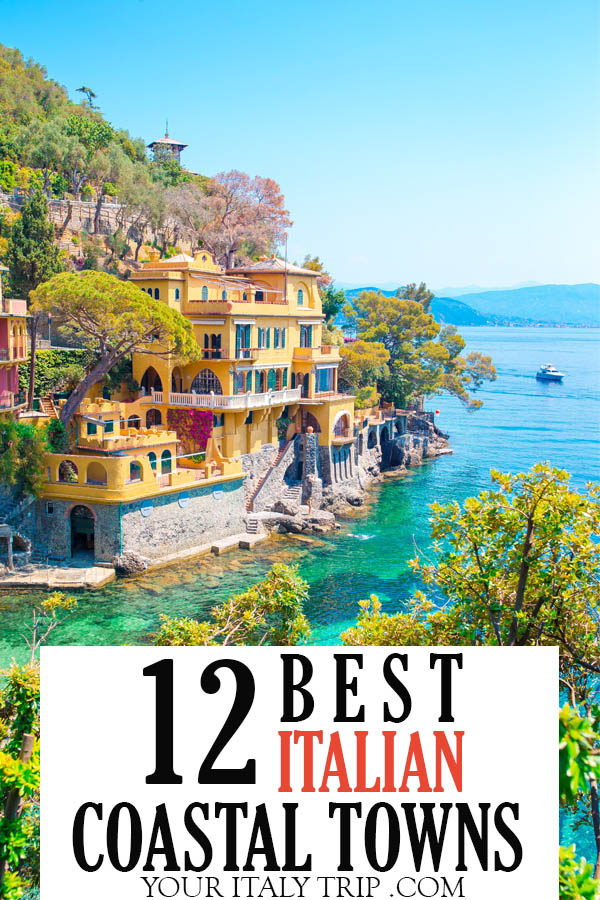 Must Pack Items for Italy

While it definitely depends on the season you visit, here are a few things that will serve you well in any season:

Here’s a list of the Most Beautiful Italian Coastal Towns that you can visit. 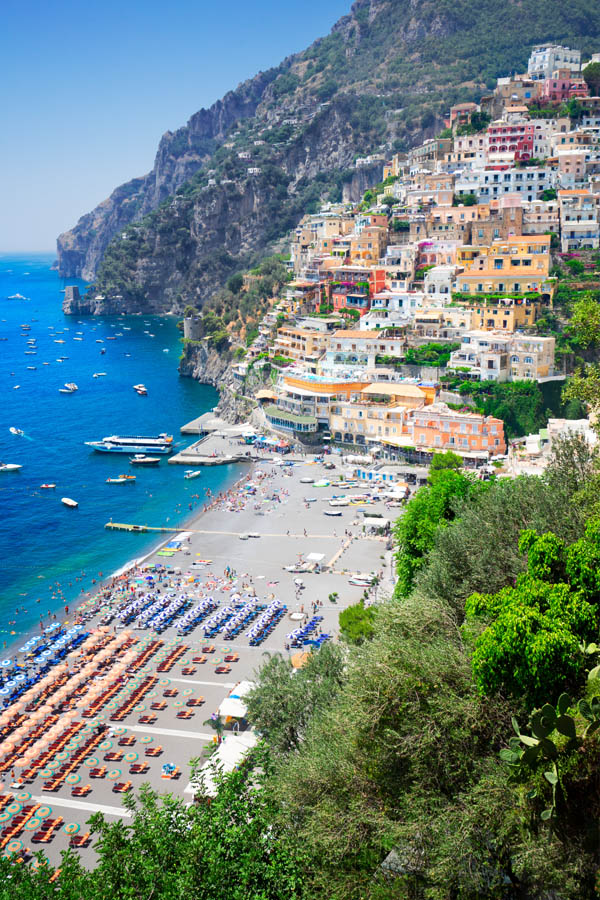 Located on the Amalfi Coast, Positano is a beautiful little beach town in Italy. It is famously known as the most picturesque and photogenic town due to its colorful buildings that rise up the steep slopes that gaze out on the Sirenuse Islands. The little town has pebble beachfront and steep narrow streets lined with exquisite boutiques and cafes.

Positano also boasts several beaches, with the most popular one beach being Marina Grande. The beach is incredibly lively and the most cosmopolitan in the entire Amalfi coast. It has colorful rows of umbrellas stretching for 300 meters, a chain of restaurants, bars and boasts a famous discotheque. Positano’s strategic location also allows visitors to travel by boat to neighboring Ischia, Capri and the Grotta dello Smeraldo. 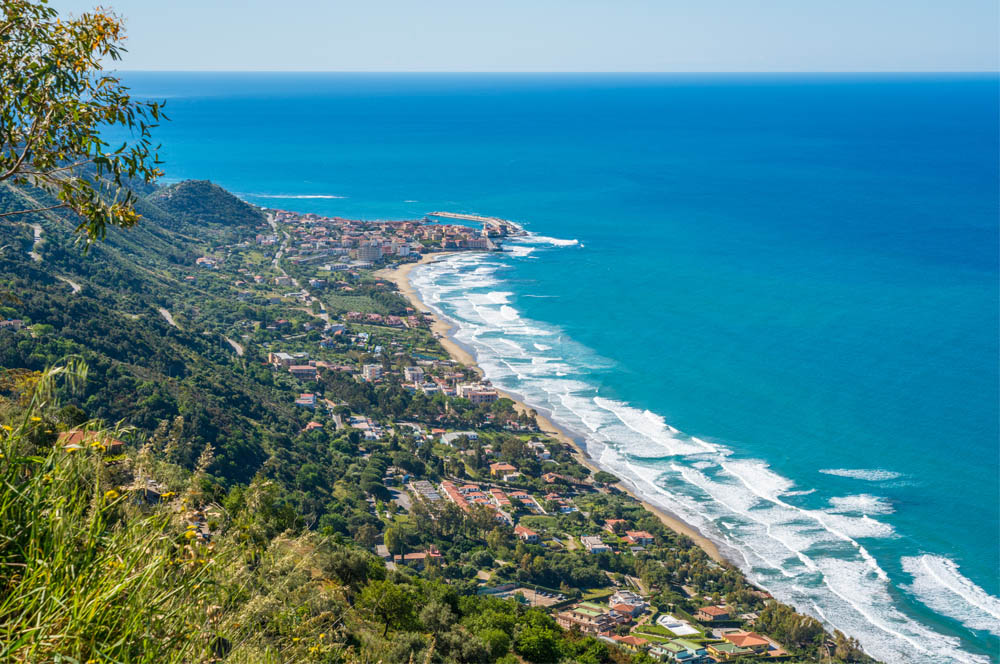 Acciaroli is a tiny fishing village situated in Cilento Coast. Its traditional houses, narrow paths, white sandy beaches, and crystal-blue sea make the town a beautiful and peaceful place to visit. The town has one of the best beaches in Italy such as Acciaroli beach which is also known as Spiaggia Grande.

The beach is easily accessible from the town making it popular with families and sun seekers of all ages. The other popular beach to visit is Cala Bianca which won the title of the most beautiful beach of Italy in 2013. 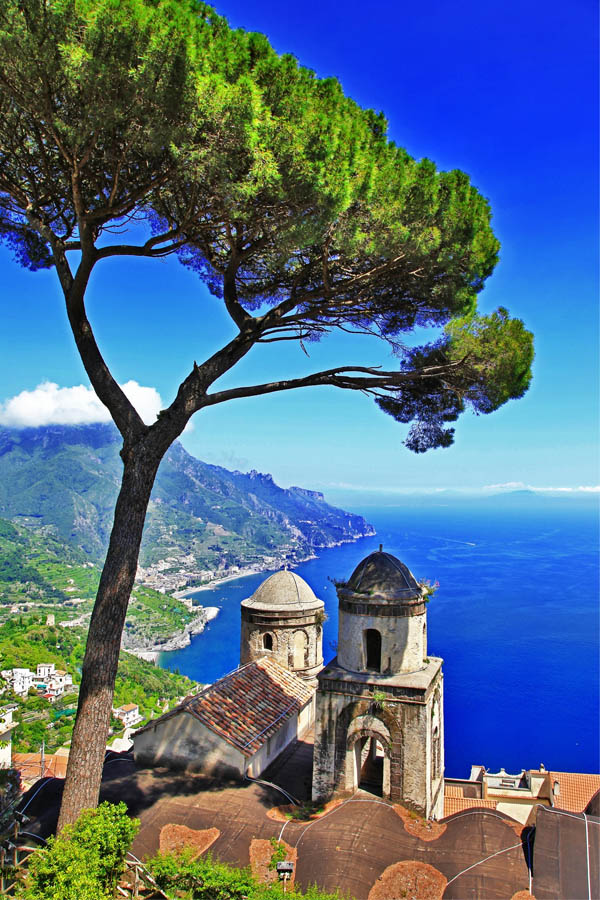 The villa Rufolo being the historical and cultural center of Ravello is host indoors and outdoors concerts during Ravello Festival. 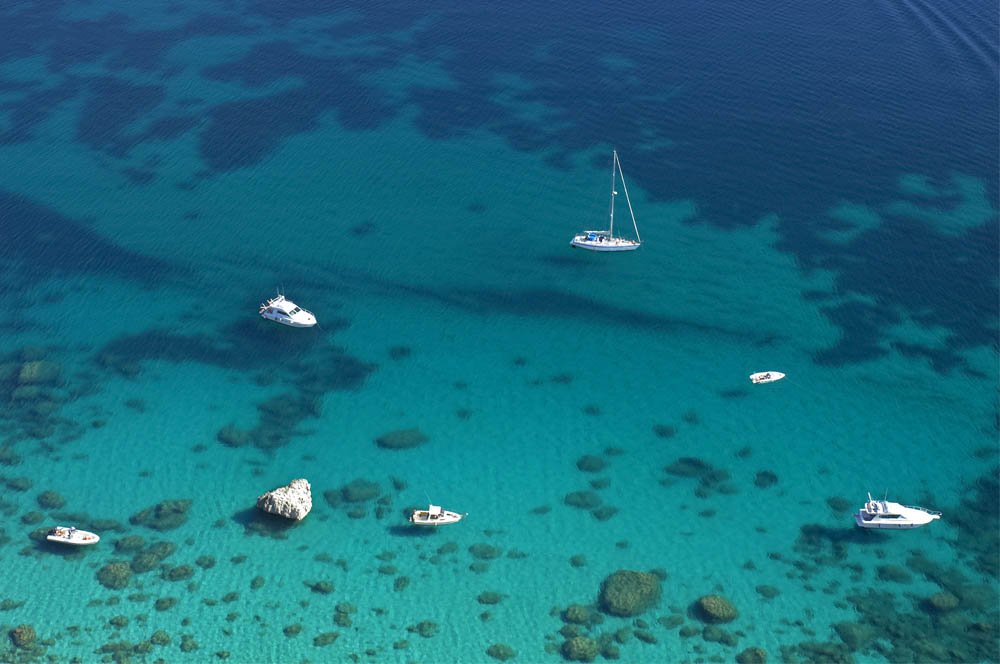 Being the capital City of Sardinia Island, Cagliari is usually known for the hilltop Castello. The Castello is a medieval walled quarter situated high over the rest of the town.  Built upon seven hills, the town has up and down roads that offer beautiful scenic views of the sea.

For beach lovers, the 5-mile long Poetto Beach is the most popular beach for locals and tourists. It is equipped with numerous services including showers, public toilets, and restaurants, bars, as well as sports activities. If you are more into history, you can visit the archeological museum within the town. 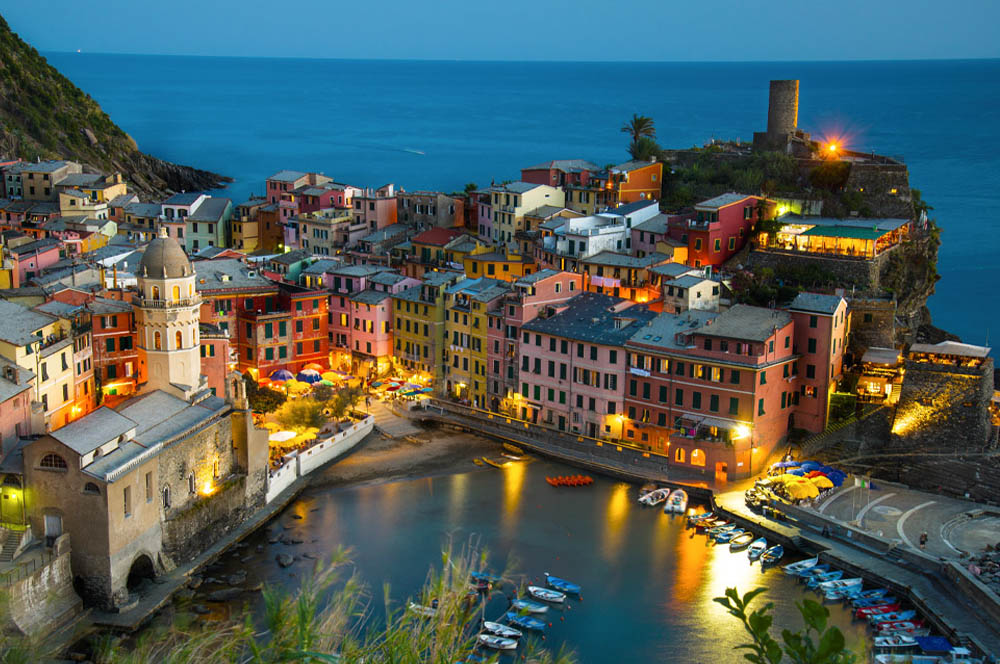 Vernazza is one of the small beautiful towns in Cinque Terre. It has a castle that overlooks a gulf and magnificent colorful houses that surround its small marine. Moreover, the town has various historical monuments such as Santa Margherita di Antiochia which has an octagonal bell tower.

In addition, the town has two beaches, one small sandy beach ideal for kids which is near the main square. The other is larger and is on the other side of the town and reachable through a caved passage. 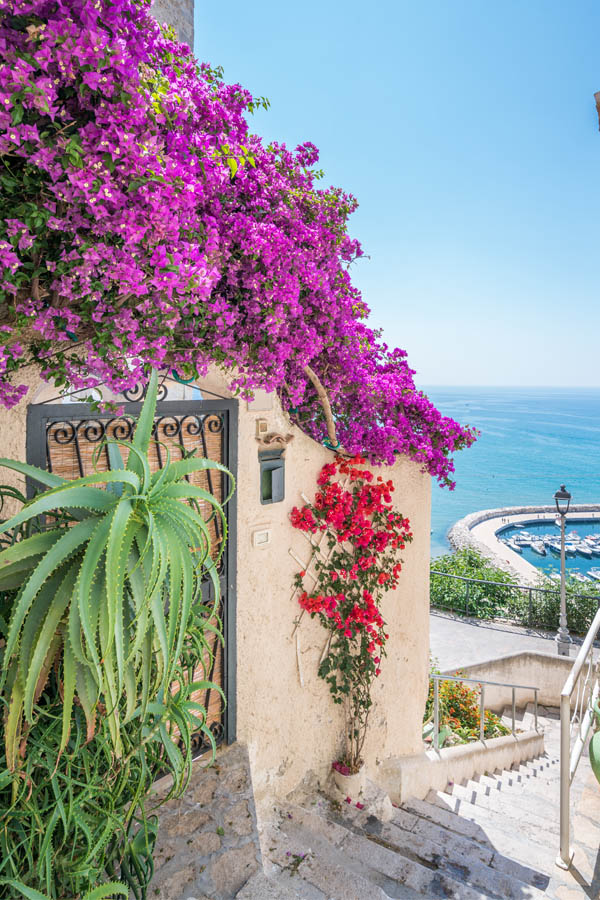 Situated in the province of Latina, Sperlonga is best known for its whitewashed houses piled upward into the sky. The town passageways, staircases, arches, and beaches are also white. You’ll also love the town’s ancient Roman sea grotto that contains spectacular Sperlonga sculptures.

There are two main beaches in Sperlonga known as Ponente and Levante. The beaches are striking, spacious and sandy. 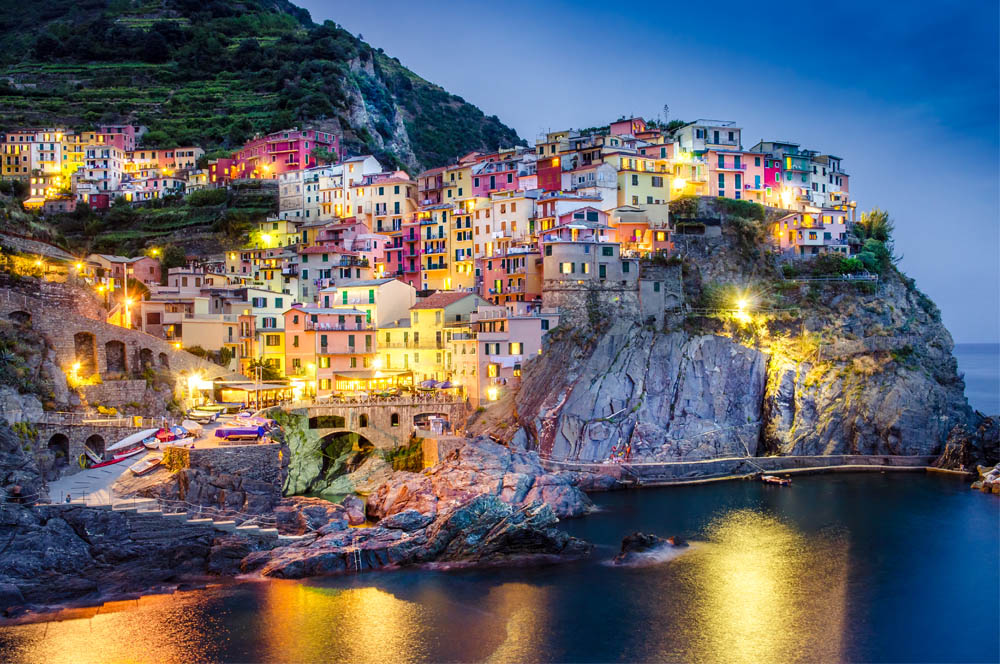 Manarola is one of the oldest towns in the Cinque Terre, but also reputed to be the most colorful town in the world. It’s famous for its manarolese-speaking locals, and also leaves its visitors awestruck due to its multi-colored buildings.

In the middle of the town is a church known as San Lorenzo that was built in1338 and still amazingly beautiful inside and out. Despite the town not having a beach, the water is deep enough for scuba diving and the study of rock crevices and caves. 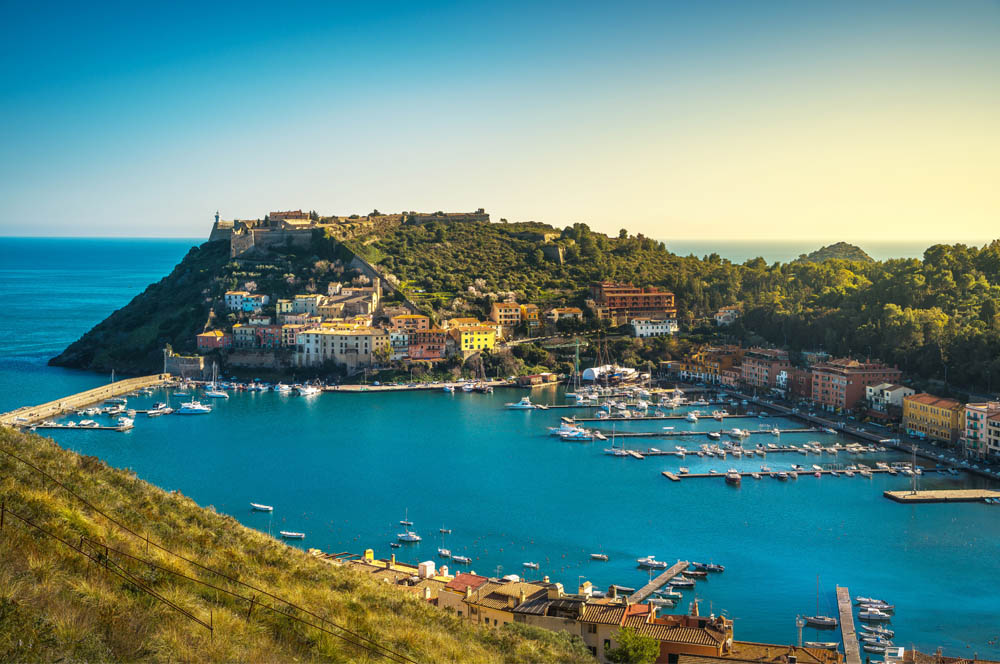 Found in Monte Argentario in the province of Grosseto, Porto Ercole is also a charming Italian coastal town. The town rests below the walls of the Rocca Spagnola, where you will find narrow streets, staircases, and piazzas. Due to its narrow streets, the town is a pedestrian-only place which makes it ideal for afternoon strolls.

Apart from that, the town is also known to be a final resting place of Caravaggio an Italian painter. The painter died there in 1610 on his way back to Rome to receive a pardon for a murder he committed during a duel. 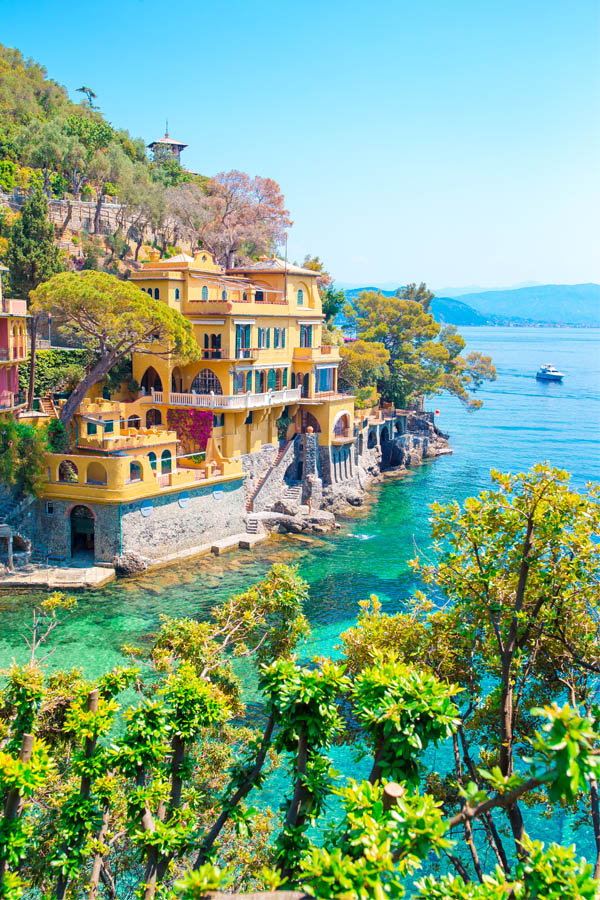 Just like Acciaroli, Portofino is a small fishing village on the coast of Liguria, southeast of Genoa City on the Italian Riviera. Popular with the rich and famous, the harbor is lined with luxurious super yachts. For a spectacular view of Portofino and the harbor you can hike up to Castello Brown castle.

Although Portofino has no beach, there are charming beaches near the town. One of them is Baid di Cannone which is ideal for romantic couples; others include Biai del Silenzio and Paraggi beach. 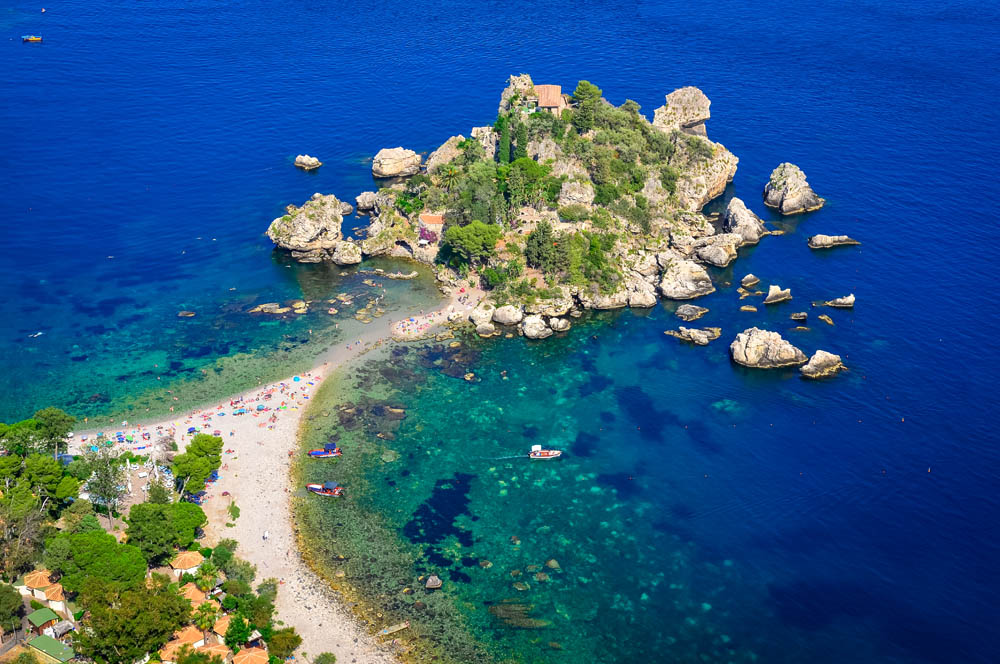 Famous for its ancient Greco-Roman theatre, Taormina is a hilltop town on the East Coast of Sicily. The theatre known as Teatro Antico is still used by the people of Taormina. Near the theatre, cliffs drop to the sea forming coves with sandy beaches.

The stunning Taormina town features several beaches that are great for relaxation and other activities. The most popular beach is Isola Bella which has clear water for snorkeling and scuba diving. Another great beach is Mazzaro beach which is perfect for relaxation as it’s not usually overcrowded. 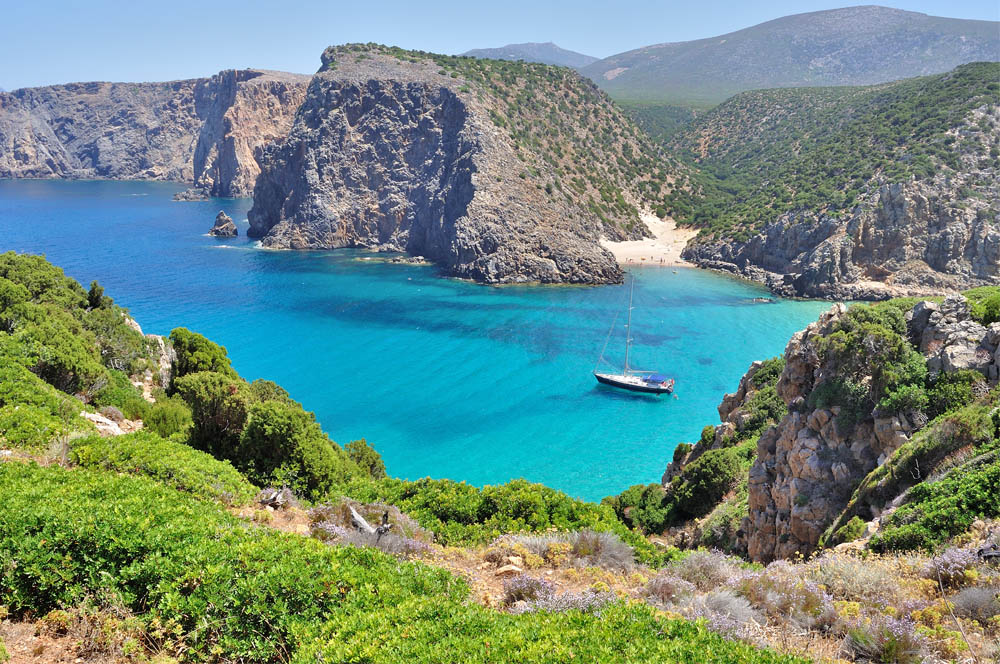 A vibrant cute town, Alghero is made of whitewashed buildings featuring wrought iron scrollwork and other Spanish embellishments. Apart from speaking Italian, the town is the only place locals speak Catalan.

Like most of the towns, Alghero also has several beaches with the most famous being Le Bombarde – it is usually packed with families, young people and surfers. Lazzaretto and Mugoni beaches are also ideal for sunbathing and picnics. However, for a more breathtaking experience, Grotta di Nettuno provides calm pools, stalactites, and stalagmites. 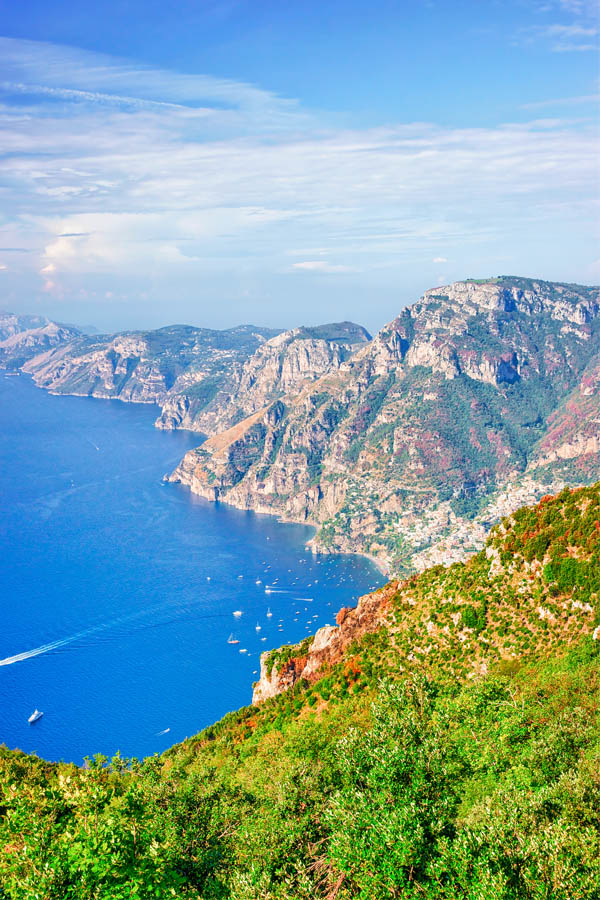 Praiano is a quiet beautiful town located between Amalfi and Positano. Packed with beautiful beaches, the town is also known for its magnificent ancient churches, towers, and sacred sculptures. One of the magnificent churches is the San Luca Evangelista which has famous paintings by a renaissance painter Giovanni Bernardo Lama.

The most popular beaches are Marina di Praia and Gavitella.  Marina di Praia is an amazing beach to spend your days as it has full bathing establishments, restaurants, and nightclubs. Gavitella beach is also known to give its visitors a breathtaking view over Positano and Capri Island.

Scenic Bucketlist of the Best Places to Visit in Italy